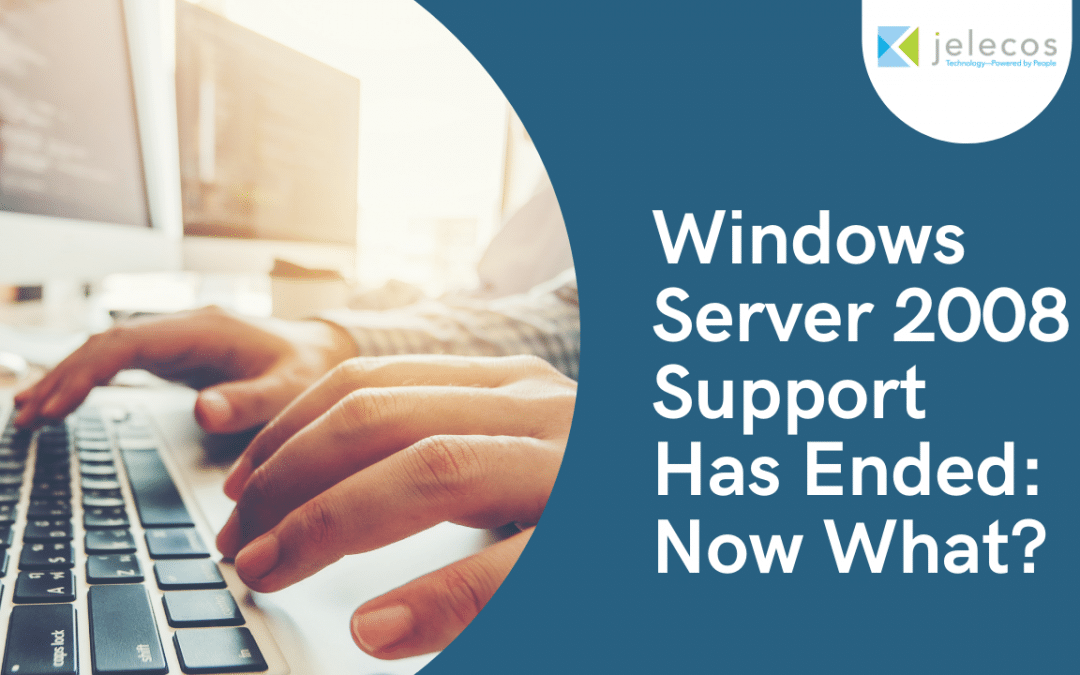 Nothing lasts forever — especially in the IT world. That includes operating systems (OSs) and their manufacturer support. Case in point: Microsoft ceased extended support for its immensely popular Windows Server 2008 and Server 2008 R2 on January 14, 2020.

The end of support for Windows Server 2008 doesn’t mean organizations can no longer use the products. They just will be doing so without regular security updates.

OSs, particularly older ones, already have their share of vulnerabilities and are frequent targets of cyberattacks. Without regular security updates and patches, they face even greater security and compliance risks. They’re also more susceptible to performance degradation, increased software incompatibility, and higher maintenance costs.

Better yet. Why not move to the cloud? From instant scalability to reduced operational costs, the benefits are well documented, Plus, cloud service providers (CSPs) make migration easier than ever. One migration service that’s particularly noteworthy is AWS’s End-of-Support Migration Program (EMP).

Before delving into the features of AWS’s EMP, here’s a brief overview of the choices available to companies still using Windows Server 2008 and Server 2008 R2 and why they may or may not choose to pursue them.

Despite the risks, companies opt to continue using Windows Server 2008 for a variety of reasons. Some subscribe to the notion that if something isn’t broken, there’s no need to fix it. They opt to use a still-functioning-but-unsupported Windows Server OS because it requires no additional costs, resources or immediate action. They can continue focusing on what are deemed as more important initiatives — at least until an issue arises.

For other companies, contractual obligations for on-premises servers may preclude them from investing in an upgrade or cloud migration right away. Still others must contend with apps and workloads that won’t work on newer server platforms — at least without refactoring or recoding. While app modernization is doable, it isn’t free or quick. It requires expertise that may not be available in-house, and can be disruptive to both business operations and users’ experiences. For these companies, it’s easier to do nothing until they have time to determine what they need to do, how to get it done and how much it will cost.

Organizations that aren’t ready to migrate to a newer platform or to the cloud do have the option to subscribe to Microsoft’s Extended Security Update Program. It provides what are deemed “critical” and/or “important” security updates for a maximum of three years after the product’s end of extended support date.

However, this option has its share of disadvantages. Among them: new features, customer-requested non-security updates, and design change requests aren’t included. It also isn’t cheap as it can entail an annual fee that’s approximately 75% of the license price.

At first glance, upgrading to a newer version of Windows Server seems like the preferable option. It enables organizations to keep the same configuration and other roles and “forklift” them up to a newer Windows Server OS. Data migration is included in the upgrade.

Given that Microsoft offers a decade of support for all major releases, licensing the latest version also guarantees support for several years. However, there are costs involved. A decision has to be made as to which upgrade process to use. Whatever process is used will require time. There will likely be downtime involved.

Migrate to the Cloud

The end of support for Windows Server 2008 offers the ideal opportunity to make it happen. There are numerous reputable cloud environments to choose from, including from major providers such as Microsoft, Google, Alibaba and AWS.

As of Oct. 1, 2019, the only way to use Windows Server in AWS, Alibaba or Google is to purchase the Windows license directly from the cloud provider when buying the instances, virtual machines or hosts.

AWS makes a compelling case for moving to its cloud. It’s been running Windows Server workloads in the cloud longer than any other CSP. According to the market intelligence firm International Data Corporation (IDC), AWS hosts almost twice as many Windows Server instances in the cloud as Microsoft.

By helping thousands of Windows users move to the cloud, AWS has developed deep knowledge of the ins and outs of Windows workload modernization and migration and even created industry-leading best practices.

Among the benefits of moving to AWS, companies can:

The Benefits of AWS EMP

This brings us to AWS EMP for Windows Server. The service decouples apps from the underlying OS, so they can be migrated to a supported version of Windows Server on AWS without code changes.

The way it works is that an app’s requirements are gathered and assessed across security, configuration, networking, firewall, and licensing settings. The EMP technology identifies its dependencies on the unsupported OS.

It then creates a package of all the app files, runtimes, components, and other resources that will enable the app to run on the newer version of Windows Server, as well as future versions. Also included is a redirection engine that intercepts the API calls the app makes to the underlying Windows Server OS and redirects them to files and registry within the package.

The Value of an AWS Partner

While tools like AWS EMP for Windows Server make upgrading the OS and migrating to AWS easier, working with a partner well versed in both cloud migration and AWS resources can ensure greater success.

Jelecos is one of the companies to consider. Exclusively an AWS Certified Advanced Consulting Partner and direct reseller, Jelecos is focused on compliance-driven migration and spend optimization for legacy workloads and cloud-first app development.

We offer a variety of services to get customers to the AWS Cloud and optimize their experience there. That includes the Jelecos Optimization and Licensing Program, as well as a full assessment with migration recommendations, migration planning and preparation using available AWS funding, and the assistance of the Jelecos Migration Factory for migration, management, and operations.

If you’re interested in moving from Windows Server 2008 to the AWS Cloud – or migrating any workloads there, talk to our solution experts. The Jelecos Optimization and Licensing Program could be the appropriate next step. For more information, call 402.955.0489. Or email us at: contact@jelecos.com